THE TRICK KIDS (1916) by Alexander Leggett 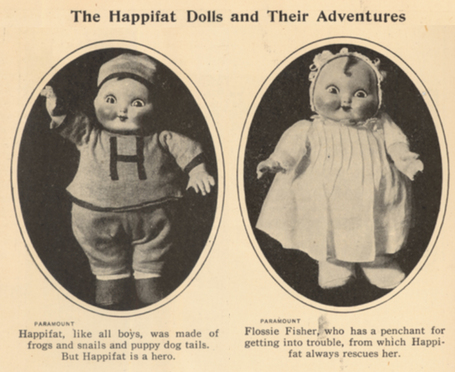 At present, "The Trick Kids" is a rather obscure Bray series. A total of ten films starring jointed dolls - animated via the stop-motion technique - were produced under the direction of Alexander Leggett. Unfortunately, little information has yet been uncovered on Leggett and his work; and no materials or related to this series have thus far turned up among the Bray Studios papers.
From what we know thus far, "The Trick Kids" seems to have represented an early licensing tie-in. The series promoted toys in much the same way that other early cartoon series promoted characters from newspaper comics. Happifat Dolls, a popular set of dolls at the time, were represented by the eponymous "Happifat," a roly-poly boy doll. "Flossie Fisher," pictured at left, was the female half of the duo and again represented a doll brand of the same name. Today Happifat dolls, Flossie Fisher dolls, and their accompanying furniture and accessories are often found in antique shops.
Unfortunately, none of the Trick Kids films have yet surfaced, and the images on this page are all we have to represent the films at this time.

Above and below: Excerpted items from a 1916 Film Fun book. 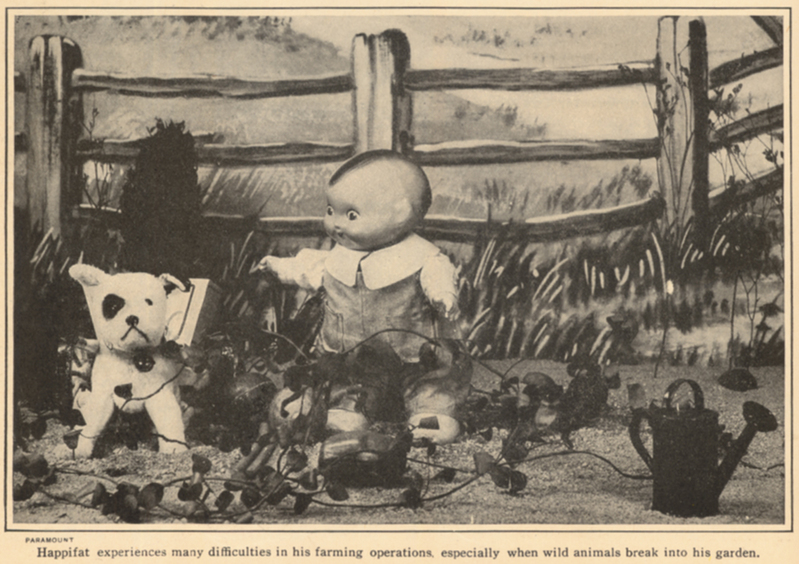