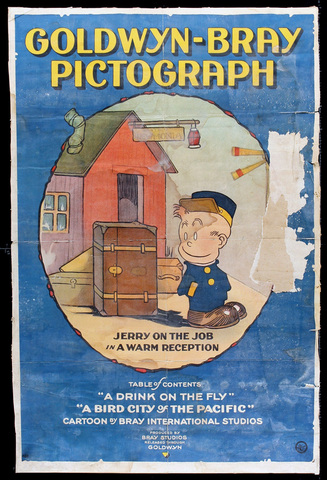 Somewhere north of nowhere sits New Monia, a rural Podunk characterized largely by its train station - or at least that's most of what we see in Jerry on the Job, Walter Hoban's early 1900s comic strip. And the New Monia train station is characterized largely by its two main inhabitants: earnest (but occasionally dour) young employee Jerry Flannigan, and dour (but occasionally self-important) boss Mr. Givney.
One would think this mismatched pair faced nothing but boredom way out in the boonies, but the opposite was true. Train robbers, intractable animals, bigwheel businessmen and even Bolsheviks rode in on the 5:15; fast-paced chases and explosions were daily events. This kind of mayhem made Jerry on the Job ideal for animation; as early as 1917, IFS produced several Jerry shorts, and from 1919 the Bray/IFS round two brought an extensive new series into the works.
The Bray/IFS Jerry shorts were Walter Lantz's first animation efforts. With Vernon Stallings, "I animated one 250-foot Jerry on the Job every two weeks," Lantz once recalled. "The drawings in those days were black and white on paper. We'd pencil the drawings, then ink them in, and photograph each sheet." Interestingly - given Bray's more typical reliance on the Hurd cel process - most scenes in the Jerry cartoons bear out Lantz's memory. Characters are animated on paper; backgrounds were laid over on cels, with an occasional accident leading them to overlap the edges of moving figures (as in the sample short below).
The Jerry cartoons were prototypical Hollywood cartoons in all but the location in which they were made - featuring speed, wild takes, and excitement like few of their predecessors. Although the series ended in 1921, its characters would live on in the comics for another twenty-five years - influencing, among others, master Disney cartoonist Floyd Gottfredson. When the infamous Phantom Blot invaded Mickey Mouse's world in 1939, he was based directly on "the Blots," two deadpan African-American pals of Jerry on the Job.

Above: Poster for A Warm Reception (1920). Special thanks to Jorge Finkielman. 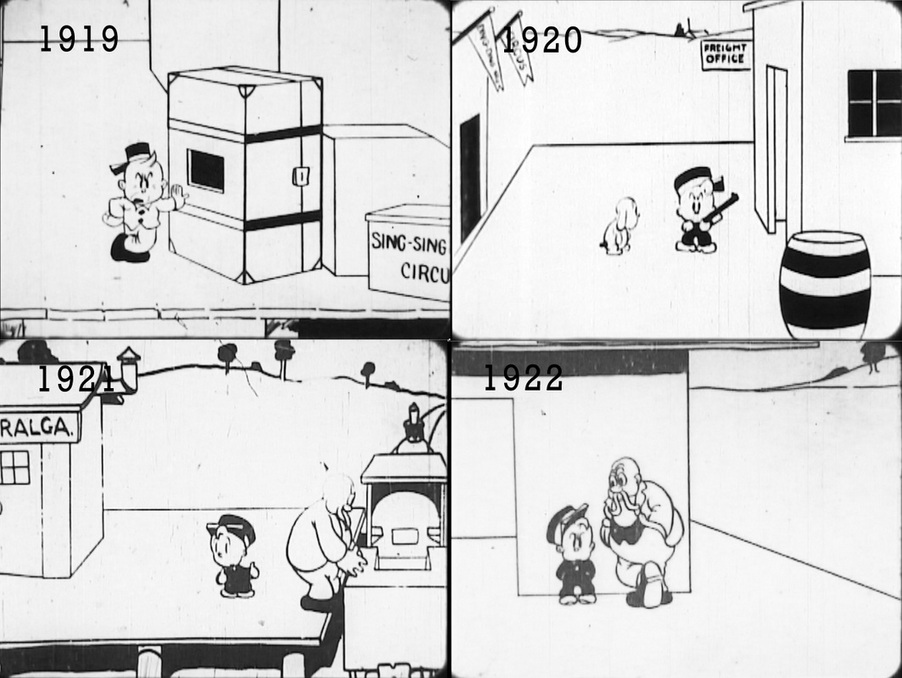 Jerry on the Job Filmography (41)