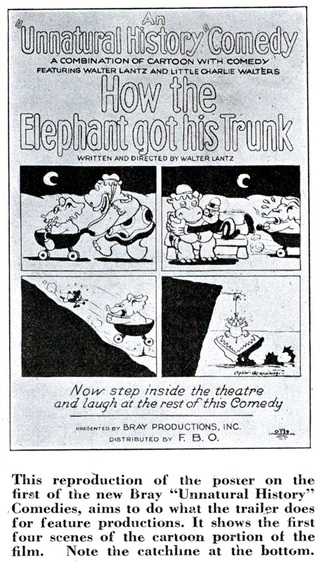 Lantz's Unnatural History shorts were launched after the Dinky cartoons had become a well-established series. As far as format went, Unnatural History used the typical Bray-Lantz mix of animation and live-action - though this time the two mediums were generally kept separate from one another. Stories tended to involve a child misbehaving or needing to be entertained at which point Walter would intercede and tell the animated story of how an animal obtained its key physical trait.
Perhaps inspired by Rudyard Kipling's Just So Stories ("How the Elephant Got His Trunk," etc.), the Unnatural History films are perhaps the least well-remembered Lantz titles produced at Bray. 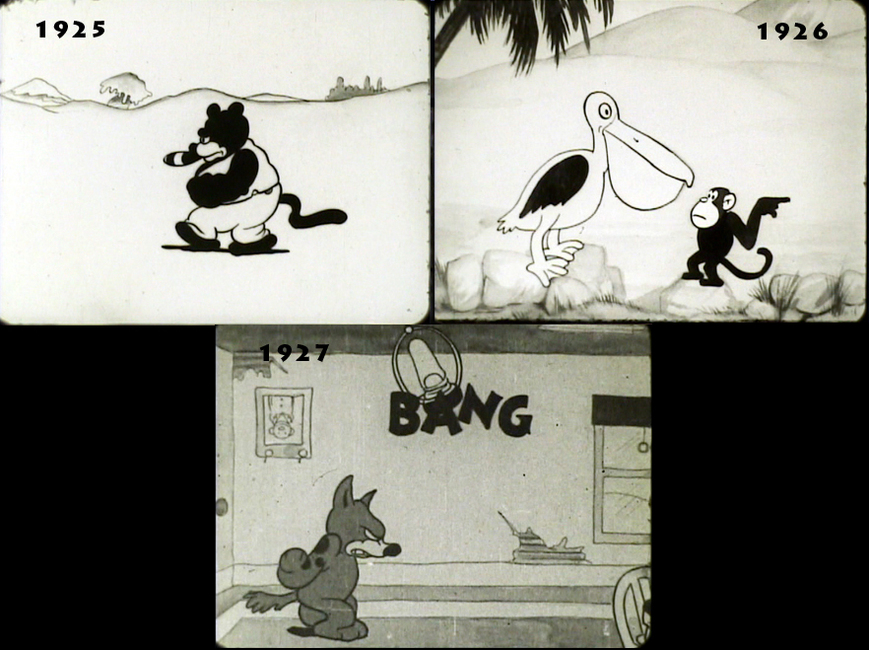