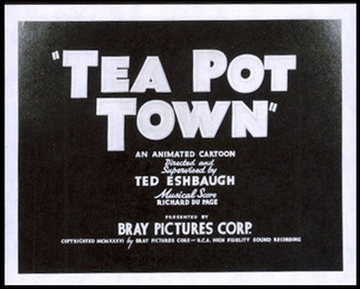 Contrary to popular belief, the Bray Studios' involvement with animation continued after the silent era. The most significant sound cartoon release from Bray - and the only example to originate in the "Golden Age" of animation - was a promotional short titled Tea Pot Town. Released in 1936 by Bray Pictures Corporation, it was a "glorious" Technicolor project produced independently by Ted Eshbaugh and likely bankrolled by Bray. Eshbaugh has enjoyed a cult following in animation fandom as the creator of the first Wizard of Oz cartoon (1933), as well as the infamously cloying - and unintentionally subversive - Sunshine Makers (1935). By contrast, Tea Pot Town has historically been difficult to see and is largely forgotten as a result.
Created in conjunction with Lipton as a soft-sell for its products, Tea Pot Town seems largely inspired by the Sunshine Makers narrative. Just as Sunshine Makers promoted milk - showing cheerful gnomes using it to cheer up their gloomy rivals - Tea Pot Town purported that drinking tea once per day added positivity to life and helped chase away negative thoughts. The Droops, pictured below, represented these negative thoughts in the cartoon. Tea Pot Town is approximately seven minutes in length; a standard one-reel short. It exists in a handful of archives and private collections, though a copy has not yet been acquired for the Project.

Special thanks to Geo. Willeman for the color images on this page.
Green: Project Print or Video
Gray: Print Known Elsewhere
Red: No Known Print

Now, here's a real treat. Below are scans from a period coloring book that was likely distributed during screenings of Tea Pot Town. Note the appropriate 1930s 'Brayco' insignia on the pages and a passage by J.R. Bray (apologies for the low-res text). 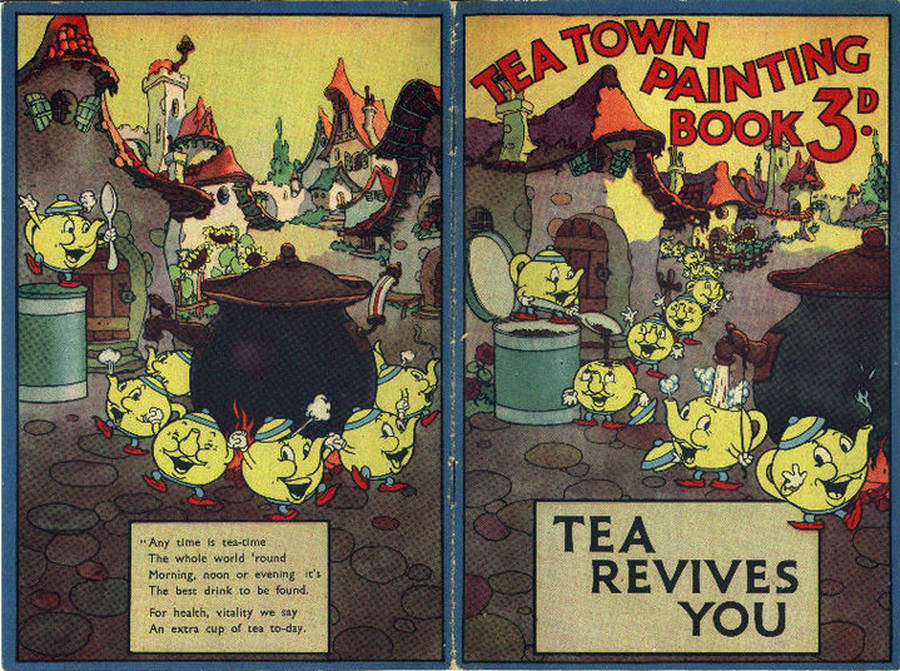 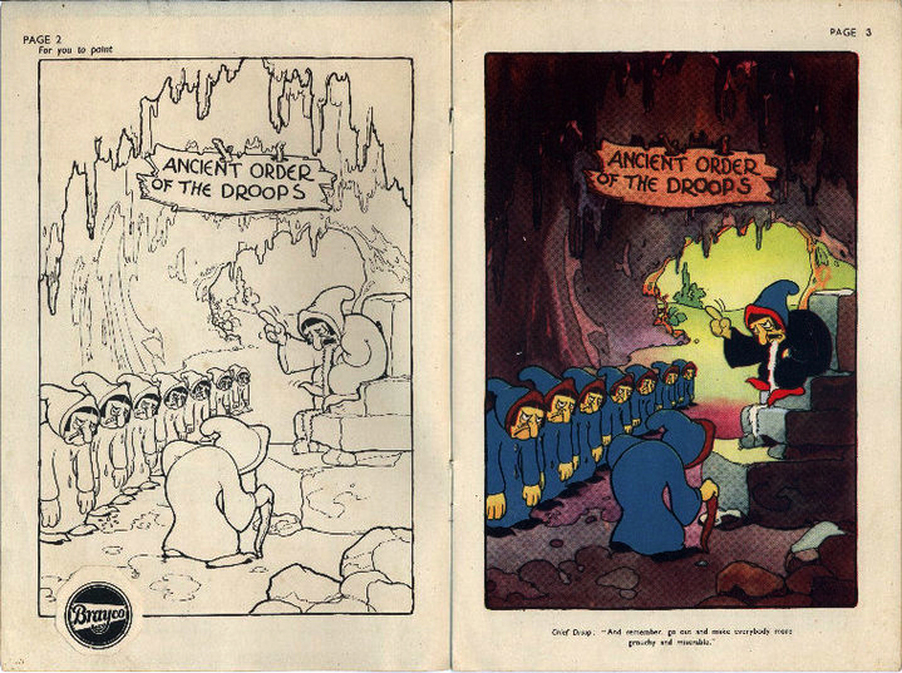 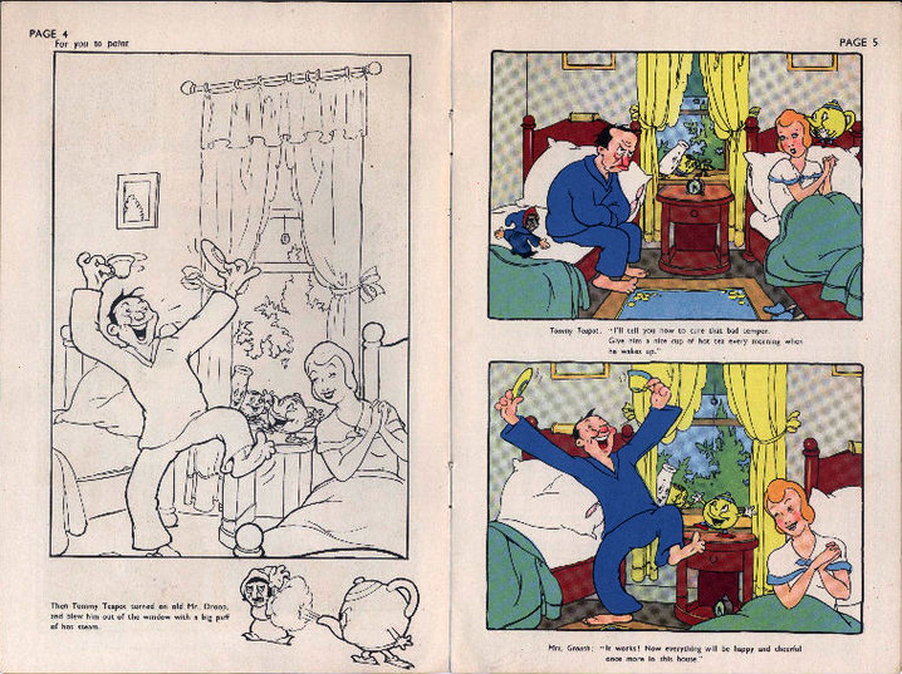 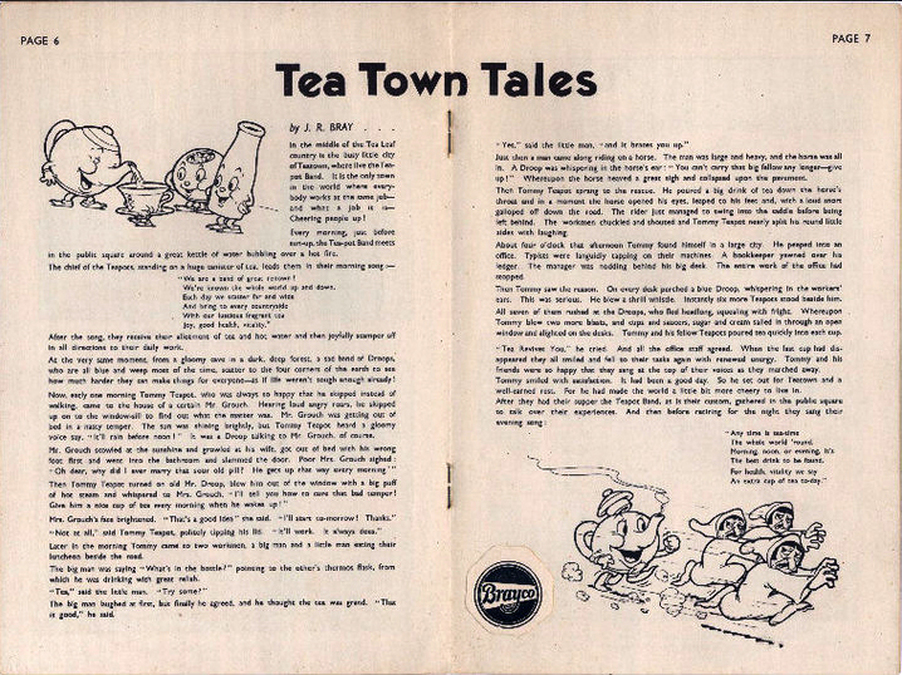 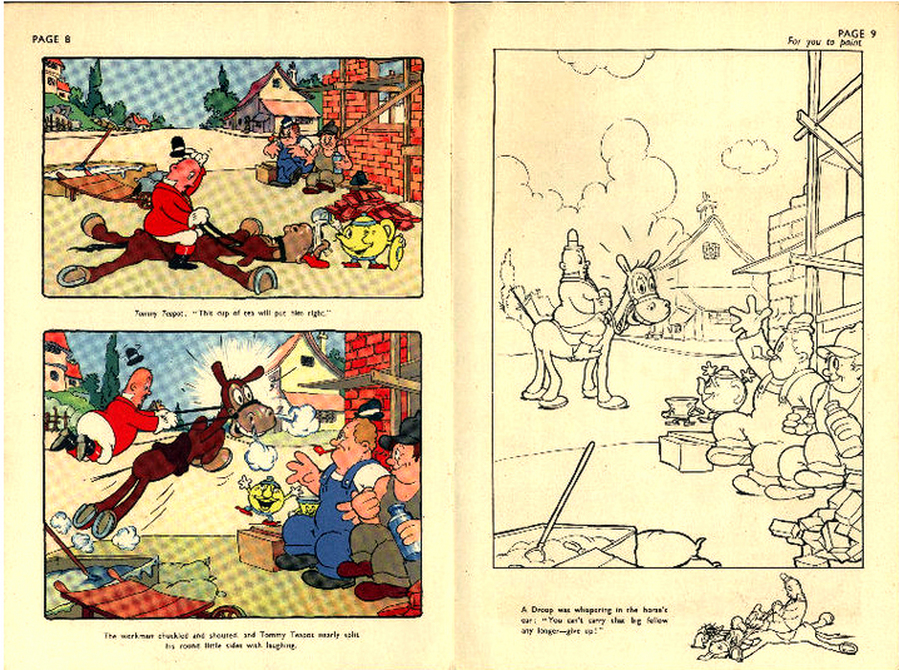 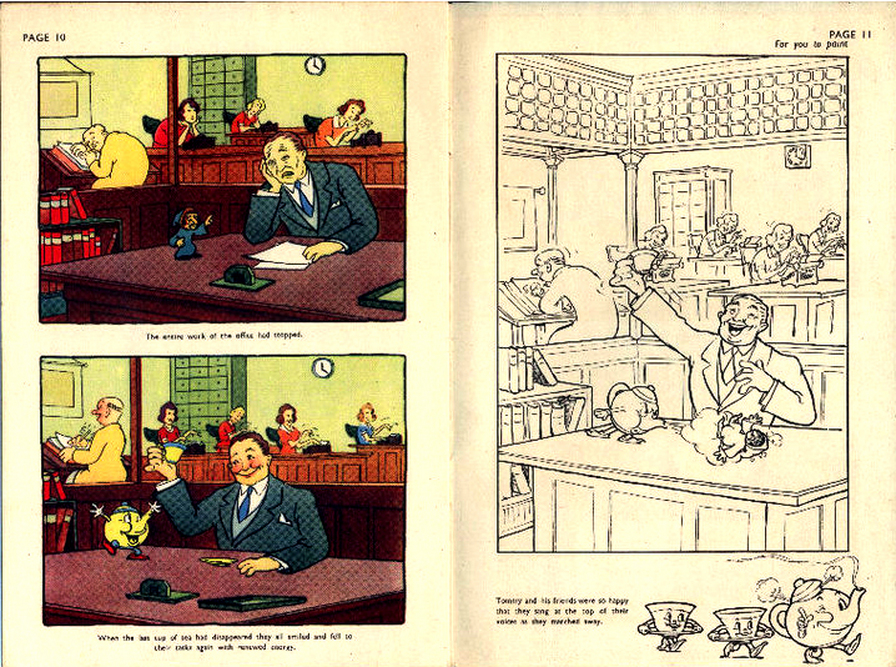