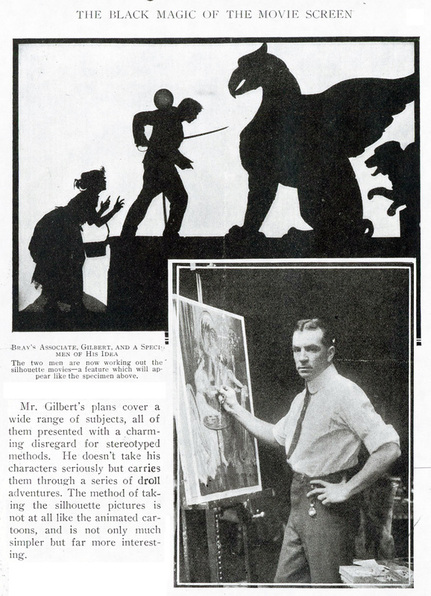 Charles Allan Gilbert, referred to as C. Allan Gilbert in period media, was a well-known American illustrator. His most famous creation was a widely-reproduced 1892 drawing, "All is Vanity," containing a double image, or visual pun.
Bray became acquainted with Gilbert at some point in 1915 and the two men decided to combine their creative talents. The association resulted in a short-lived Bray subsidiary: Bray-Gilbert Studios. This offshoot produced a series of films called "Silhouette Fantasies," some of which were serious interpretations of Greek myths and tragedies.
Production of the silhouette films was an undertaking quite unlike that of the traditional animated cartoons already being produced at Bray. According to a 1916 article, the Bray-Gilbert studio was located in Washington Mews, a historic New York City alley and private gated street located between 5th Avenue and University Place.
The article tells how "Building No. 44" had been modified to facilitate production of the silhouette films. Its ancient structure had been rebuilt to allow big arc lights, odd stage properties, and elaborate early movie cameras inside. A stage had been added in the rear of the lot; the ceiling knocked out of some rooms of the building; and the building's inner walls painted a dazzling white. Powerful electric lights were arranged to throw silhouettes into bold relief; background walls were painted different colors to create a shaded effect in finished film. The camera was sunken in a pit, making the actors' feet visible to the camera's eye.
Period articles further explain that these films were a combination of live acting, filmed in silhouette, and penned art; animated cutouts may also have been used. Transitions between live action and animation were seamless and unnoticeable to audiences at the time. Sadly, no intact examples of the Silhouette Fantasies have been recovered in the modern era; Bray Studios discarded its master materials when they disintegrated in in the early 1940s. 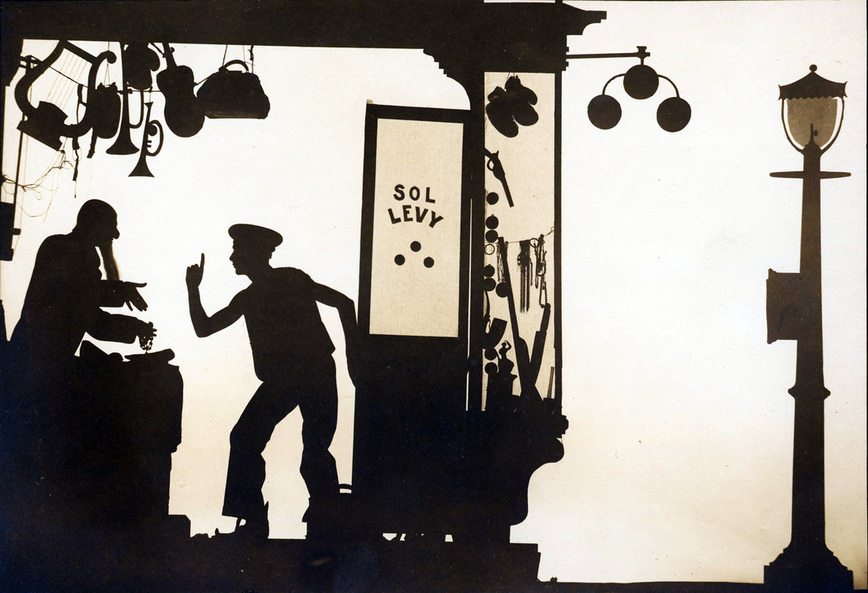 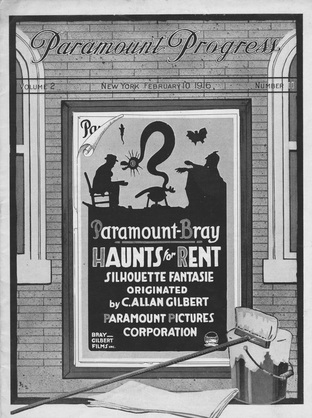 While researching the Bray films during a visit to the Library of Congress, we made an exciting discovery. Located in a very large, recently-received nitrate collection was a print labeled "Bray Gilbert Silhouette - Decomp." Upon taking the print out of its can, we quickly identified it as Haunts For Rent. Sadly, however, it was also immediately obvious that the print's decomposition was in its later, quite severe stages. The photographs below show some of the few frames that could be viewed from the mostly-destroyed element. It is still fair to consider Haunts For Rent a lost film.

Left: Cover from 1916 issue of Paramount Progress showing a poster for Haunts For Rent. Courtesy Robert Birchard.
Below: Stills taken from deteriorated nitrate excerpt of Haunts For Rent. 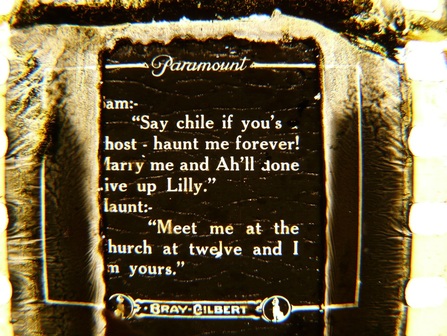 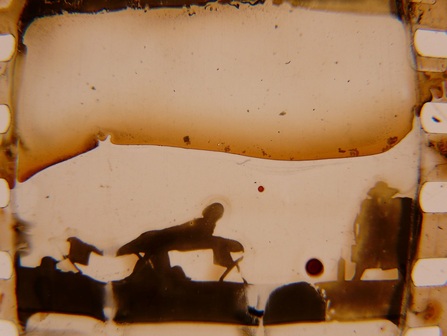 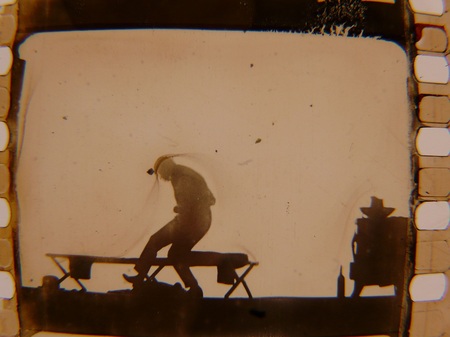 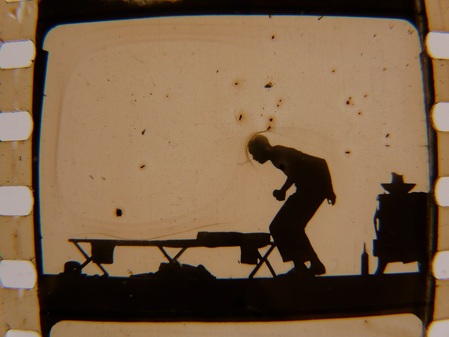 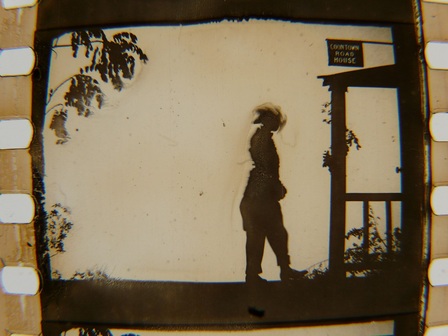 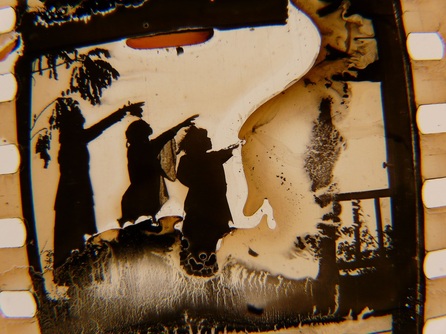 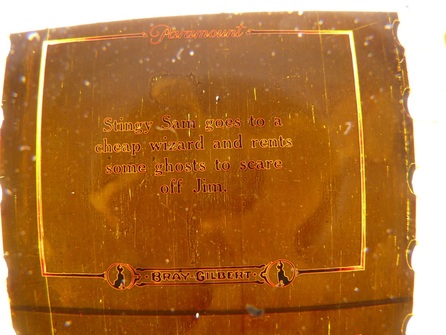 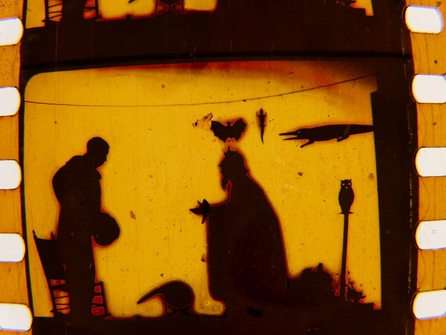 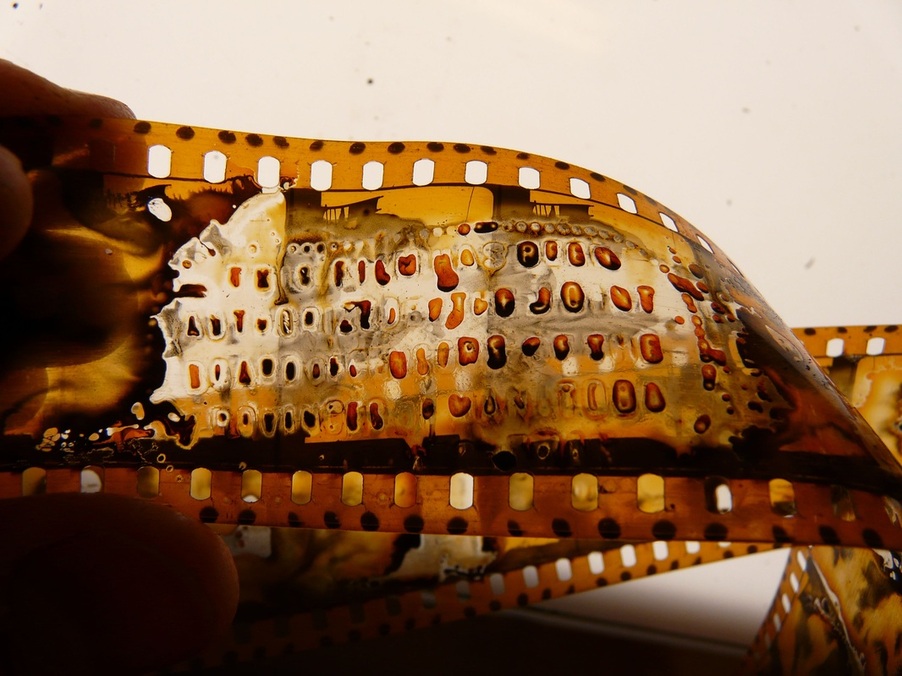