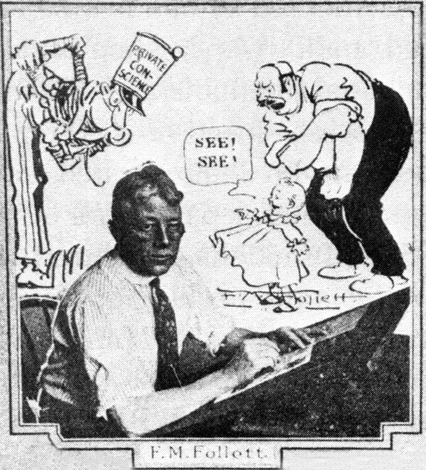 In February of 1917, trade papers announced that Johnny Gruelle had been engaged by Bray Studios to produce a cartoon series called Quacky Doodles. Promotional copy explained that Gruelle had attained fame years earlier by winning a thousand-dollar "best comic" prize offered by the New York Herald. At the time of Bray's press release, Gruelle apparently intended to animate the series himself.
However, comic artist F. M. Follett, famed for his "Private Conscience" comic strip character, was credited later in 1917 as Quacky series animator. Articles list Follett as also having animated political subjects for Bray; as of yet, we cannot be certain what became of Gruelle, or why Follett was put to work on the Quacky Doodles cartoons.
One theory involves Gruelle's popularity as a children's author and illustrator. The Quacky Doodles characters originated in Quacky Doodles' and Danny Daddles' Book (1916), a children's book illustrated by Gruelle and written by Rose Strong Hubbell. Soon after illustrating the Quacky book, Gruelle became consumed in writing and illustrating Raggedy Ann Stories, the first in his most famous children's series. Perhaps this work made animating Quacky too difficult.
The Doodles family consisted of wife Quacky Doodles, husband Danny Daddles, and the "little Doodles" (ducklings). While Strong Hubbell showed Quacky and Danny as wooden ducks, living in a Raggedy Ann-like playroom with other toys, the cartoons featured them as live birds. While we haven't yet seen proof, this new direction might have originated in the Quacky Doodles comic strip, which apparently launched soon after the book was published. According to one newspaper article, the strip was tremendously popular at the time, so there were high expectations for the animated series.
For whatever reason, Quacky Doodles' animated incarnation ceased production in October of 1917. Today, however, the Doodles ducks are prized by Gruelle fandom, with some stuffed animals manufactured even now.

Above: Generic image of artist F.M. Follett from a 1917 article showing Bray staff.
Below: Trade paper illustration for the Quacky Doodle cartoon series. 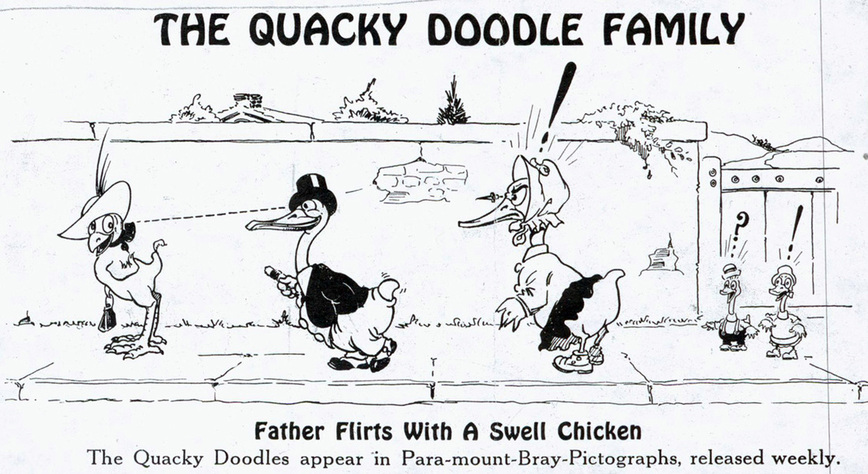