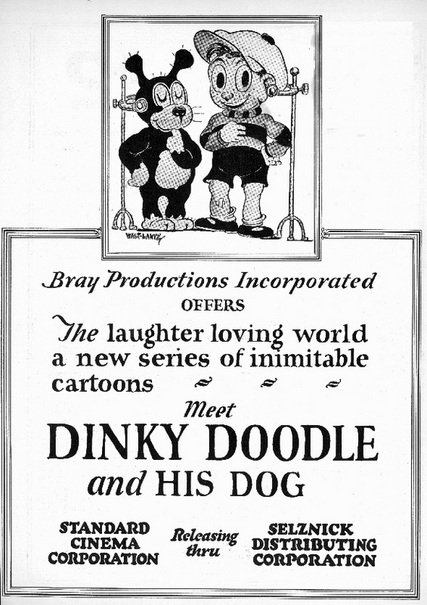 Now playing an important role at the Bray Studios, Walter Lantz took up the creation of his own series. Public interest had waned in the second incarnation of Col. Heeza Liar, which Lantz had been directing; the character evidently fell out of popularity. As a substitute, Lantz created a boy character called Dinky Doodle and gave him a sidekick mutt named Weakheart. The pairing of a little boy and a dog was already a cliché in animation and comics; prior to this duo, we had already seen Bobby Bumps and Fido, Dud Perkins and Wag, and so forth.
As far as plot and format went, Dinky Doodle carried on stylistic elements of the second Heeza Liar series: animated segments were intertwined with live action footage of Lantz as protagonist, often combining both techniques so that cartoon characters and humans interacted. Dinky, Weakheart and their "boss" Walter Lantz explored a number of fairy tale scenarios as well as engaging in more traditional tit-for-tat battles at the studio.
Dinky Doodle is probably the best-remembered creation of Walter Lantz's early career. In later years, Bray would reissue the series to TV together with its sister series, Pete the Pup (q. v.); in their TV incarnations, both series were rebranded "Dinkey Doodles [sic]," although Dinky himself had never appeared in the Pete cartoons. 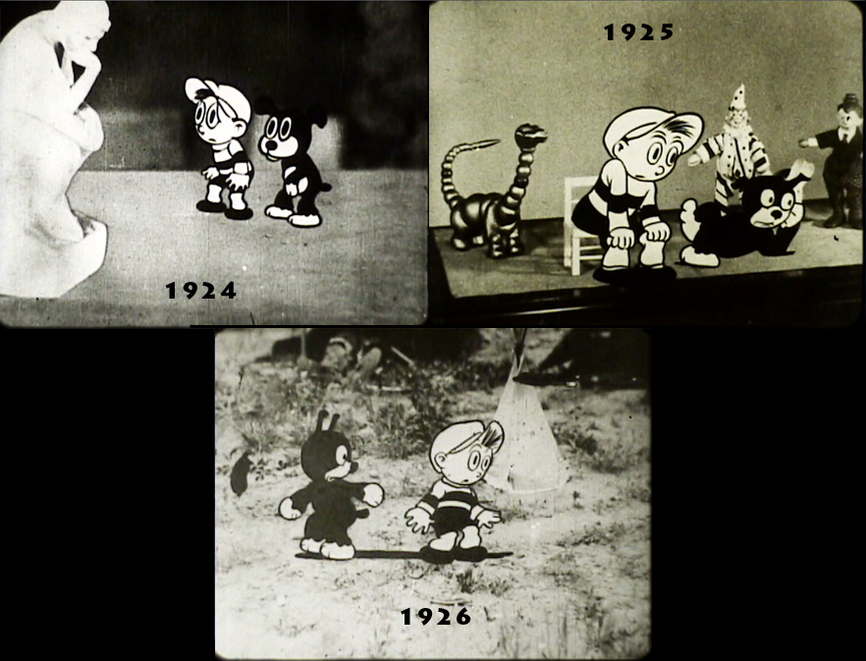